The Swiss Confederation is in many ways unique in Europe. To begin with, Switzerland officially recognises four languages as national languages; German, French, Italian and Rhaetian. The first three of these languages are of global importance: German and French are considered world languages, while Italian is spoken by more than 65 million people worldwide as their native tongue. By comparison: while four other European states (Austria, Italy, Spain, Great Britain) recognise four or more official languages aside from Switzerland, apart from the main language these are all regional official and/or minority languages.

Not least because of Switzerland's outsize importance to world financial markets does the country enjoy a unique position when it comes to achieving and preserving high standards. We understand 'Swissness' both as a description and an obligation to continually refine these standards and apply them to our translations and their associated workflows.

We decided to offer our translation services in Switzerland in part because multilingualism is a central facet of life in Switzerland. We opened our main Swiss offices in 2002, in the German-speaking city of St. Gallen. 2007 saw the opening of an additional office in Lugano, in the Italian speaking region of Switzerland. Today, 24translate is represented in Switzerland by nearly 40 employees, As such, our clients include more than 16 large companies from the insurance and banking industries.

As one of the wealthiest countries in the world, the purchasing power of Switzerland's population cannot be underestimated. In order to provide our Swiss customers with equitable service, we also offer translations from and/or into Swiss varieties of German (Swiss German) and French (Welche). These translations are prepared by specialised native Swiss translators. This enables us to ensure that our client's texts effectively address their intended audience in Switzerland, which is particularly important for marketing texts. 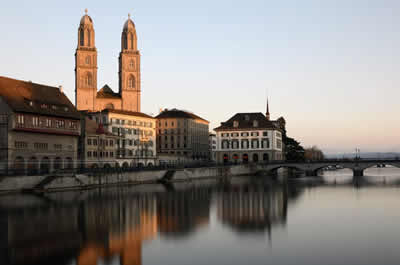 Among others, 24translate provides its customers with the following services:

Whether it is a straightforward English translation or an exotic language combination: With more than 50 source and target languages, we have a solution.

From straightforward translations to our '100% worry-free package' complete with proofreading, editing or revision: 24translate offers a wide range of text services from a single source.

Thanks to its conversion software 24|xliff, 24translate supports all common file formats, and of course delivers all finalised translations in their original format.

Whether it is our standard delivery time of 3-5 days or express translations delivered within a few hours: You order, we deliver!

Sworn translators are often a requirement in the legal world. On request, 24translate can provide certified translations for a wide range of specialist fields!

Learn more about our translation memory and terminology management tools, and how to conveniently manage your orders via our personalised customer portals and 24|contenthub!

Are you looking to save time and money by automating your translation management? Learn more about our interface technologies!